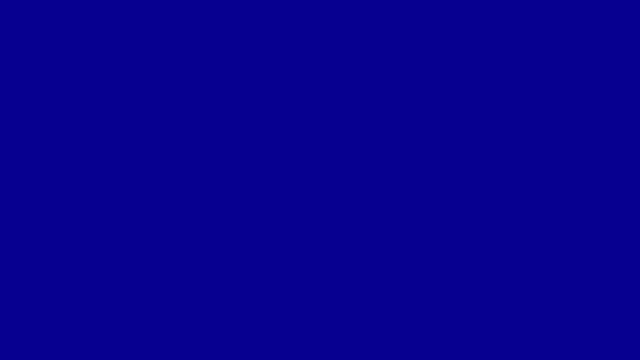 “I was beguiled by Moonlight Sonata, a slender but delicately made vehicle for Paderewski. It opens with an extended piano recital in which we hear Chopin’s ‘Heroic’ Polonaise, Liszt’s Second Hungarian Rhapsody and a fragment of the title piece. The playing is mesmerising and there are wonderful overhead shots of the pianist’s hands. No one would dare to put so much uninterrupted music in a movie today. Paderewski gets other chances to play; and the story of how he helps to bring lovers together is nicely written. Bel Canto Society has acquired an improved print; it is excellent almost throughout, with just the odd instance of fuzzy picture. The cast includes smooth Eric Portman and dignified Marie Tempest.”–Tully Potter, Classic Record Collector

When Paderewski is playing, the camera mostly is trained on his face or hands, revealing details his records can’t: You see that he keeps his fingers bent except for the pinkies, which he often holds straight. With the left hand he often strikes the lowest note first, the rest of the hand follows and then the right hand comes down.

His rhythms are flexible within a strict overall tempo. Serene playing. Casts a spell.
—Stefan Zucker

“Moonlight Sonata reveals an extraordinary and arresting figure who moves through the story with the naturalness, dignity and assurance of one who is used to taking the homage of the world for granted. To call Mr. Paderewski a good actor would be, in one sense, overstatement, and in another, understatement. The veteran actress Marie Tempest, who plays, so to speak, opposite him, is magnificent as a cultured and worldly old baroness, but it requires all her art to be that, while Paderewski is himself without any apparent effort. Yet the two are equally matched, except that never for a moment does one doubt the reality of the musician.

“Seated at his piano the Polish artist and patriot offers a noble study of a creative interpreter. With no suggestion of pose or exaggeration he addresses himself to the music of Chopin, Beethoven, Liszt and himself with overwhelming confidence and utter simplicity. He casts his spell directly, and the shifting camera never once discovers a flaw in the expression of his face and body or in the behavior of his hands. He is completely absorbed in his own playing and so is the audience.”–Samuel Chotzinoff, New York Post (1937)

LONDON has at last seen “Moonlight Sonata,” the film which Paderewski made at Denham last Summer for Lothar Mendez. It is an elegant little picture, set in a beautiful villa among the Swedish firs, and made with a dignity and simplicity worthy of the great figure for whom it was composed.

The film begins with a concert at which Paderewski plays the whole of Liszt’s Second Hungarian Rhapsody and the first movement of the Moonlight Sonata. Later in the film he plays his own Minuet. The recording of these pieces is excellent and the close-ups of the great pianist and of his hands are fascinating. For the rest he fits simply and unobtrusively into a simple story, speaking with slow precision and acting as naturally as if he were playing his part in real life.

Several new personalities will come before American audiences when this film is shown. First, there is Marie Tempest (the Baroness), for long an idol of the English stage, here beautifully photographed and adapting her delicate sense of comedy to the screen medium with brilliance. Then there is Barbara Greene, a young, fresh English girl of a type not usually seen on the screen, and with a musical speaking voice that makes her a charming heroine. The rather stolid hero is played by Charles Farrell, but his rival, Eric Putman, has a better acting part.

Plot
Shortly before his desultory political career, famed Polish concert pianist Jan Paderewski starred as himself in the British romantic drama Moonlight Sonata. The bulk of the film is set in Sweden, where Eric Molander (Charles Farrell) professes his love for beautiful young baroness Lindenborg (Marie Tempest). Nearby, a plane carrying Paderewski and several other passengers is forced to land due to bad weather. The travelers take refuge on Lindenborg’s estate; one of them, worldly Mario de la Costa (Eric Portman), sweeps Lindenborg off her feet. With Paderewski’s implicit assistance, Molander proves that de la Costa is a fortune hunter, paving the way for a fade-out clinch for the hero and heroine. In addition to the title song, we are treated to such Paderewski “standards” as Chopin’s Polonaise and the pianist’s own composition Minuet in G Major. ~ Hal Erickson, All Movie Guide

Review
To today’s audiences, Moonlight Sonata might seem like a bit of a strange film. After all, what modern film would open with a 15-minute [really 20-minute] piano concert, let alone include two other piano interludes? It’s not just Moonlight’s willingness to let things come to a cinematic halt that seems odd today; the film also has a plot that is extremely familiar to audiences raised on films and television. In addition, the way that the brilliant pianist Ignace Jan Paderewski is shoehorned into the film is a bit strange. Yet despite all these odd characteristics, Moonlight is a surprisingly engaging and affecting film. Part of its appeal comes from hearing Paderewski, whose singular talent will mesmerize those who appreciate classical music. Director Lothar Mendes has also done a very good job of presenting the concert pieces in a manner that gives them some life. For example, he lets his camera roam around the very odd concert hall during the opening segment, taking in the unusual audience arrangement, the architectural curves, and the glorious pristine whiteness of the set. During the finale performance of the title piece, he lets cinematographer Jan Stallich employ some interesting angles as Barbara Greene wanders to her destiny. Mendes also firmly believes in the trite story that forms the bulk of the film’s narrative, and his belief elevates the tale. While Paderewski is no great actor, he acquits himself acceptably when called upon to participate in the story. The rest of the cast is much better, with Charles Farrell stalwart and honest, Marie Tempest amusing yet lovingly imperious, and Greene winningly naïve and headstrong. Moonlight’s flaws should keep it from being such a good film, but the director and cast’s dedication to the material work wonders with it instead. –Craig Butler, All Movie Guide

This 1937 film opens with the camera panning an actual recital, around twenty minutes worth, by Paderewski (1860-1941); at first playing the Chopin Heroic Polonaise. The camera moves from the pianist’s hands to studio stills of the rapt audience, then to an occasional auditor’s putting opera glasses to her face. The camera shoots through the triangle of the upraised piano lid, then back to highly stylized art-deco sets of the gallery. The audience cheers, then Paderewski bows and returns to his chair to perform the Liszt Second Hungarian Rhapsody, the sound track a bit out of sync. Now the camera gets personal: we see individual actors‚ faces and couples‚ touching hands, a youngster smiling; then the camera pulls back for Paderewski’s trills in the lassu section of the Rhapsody. The white lines above Paderewski’s head and the piano almost suggest celestial radiants.  The little girl breaks loose and runs up to Paderewski while the audience clamors for the eponymous title piece. They remain standing for the opening bars, which then fade out.

Paderewski speaks English deliberately while holding a cigarette, and we can easily make comparisons to Bela Lugosi. It turns out that the child who ran up to the stage provides the basis of the plot, with Paderewski relating in flashback how he facilitated the parents’ marriage despite some familial objections. Paderewski’s plane had made an emergency landing in Sweden; Paderewski is grateful to be alive, while Eric Portman rails at bad luck being stuck “in this foul wilderness.” The baroness (Marie Tempest) lives in a splendid manor, art deco with sweeping, winged staircases. “Sounds like a fairy story,” remarks Portman en route to the manor. Marie Tempest relates how a past Stockholm concert brought her daughter to meet the man she married, who proposed after Paderewski’s performance of the Moonlight Sonata. Mario de la Costa (Portman) is taken with the baroness’ daughter. A social snob, Portman boasts of his mixed, heterogeneous blood-line, and the baroness calls him “a league of nations.” Portman makes a prophetic remark that no matter where he goes, “there is always an engagement or a wedding.” The dinner ends, and we have a demonstration of Portman’s card tricks. Portman makes his move on Ingrid, and their dancing inspires the remark that “they’re a wonderfully matched couple.” Eric (Charles Farrell) kills the radio to remind Ingrid (Barbara Greene) that, like Cinderella, midnight brings her birthday.  The medium shot gives us the romantic triangle.

At the morning’s little musical reception for Paderewski, the girl scheduled to play Paderewski’s famous Menuet panics, so he must, ironically, stand in for her, where he manages to infuse the piece with Romantic bravura as two other girls dance to it. Meanwhile, back in the woods, Portman and Ingrid extend their romantic flirtation, and a thunderstorm erupts. They find a hut, and they share a cigarette. Farrell finds a post advertising Mario the Magician; so it turns out Portman’s character is a married fortune-hunter, unworthy of our naïve Ingrid. Despite Eric’s fist and warning that he ought not to appear at dinner, Mario de la Costa arrives late to dinner, while Ingrid is seated next to Paderewski. The baroness has noticed that the young gentlemen are glaring at each other, so she compels Eric’s confession of his jealousy. Portman implores Ingrid to run away to Paris; a timely intervention by the baroness who proffers a portrait of de la Costa’s family. Priding herself on “efficiency,” she has already arranged for Mario to be escorted out of doors, even out of Sweden. The imaginary romance Mario has conjured up for Ingrid must dissipate. The baroness has even prepared to pay Mario off. And as Paderewski speaks of his playing the Moonlight Sonata for Ingrid, Mario has been sent packing.  Ingrid, the little fool, “has got to grow up like the rest of us,” laments the baroness, having just left the damning photos of Mario and family with Ingrid.  Paderewski’s playing of the Moonlight draws the eternal feminine, downwards this time, to the music room where true love Eric is waiting. Ingrid’s stylized descent, both in silhouette and against the marble staircase, reminds me vaguely of Ulmer’s décor for The Black Cat. The last image is of Paderewski’s rapt figure at the piano.  Sniff, sniff.