Other versions of the film omit some of the music and have distorted soundtracks. The BCS version is full length, with all the music. The soundtrack is distortion-free. 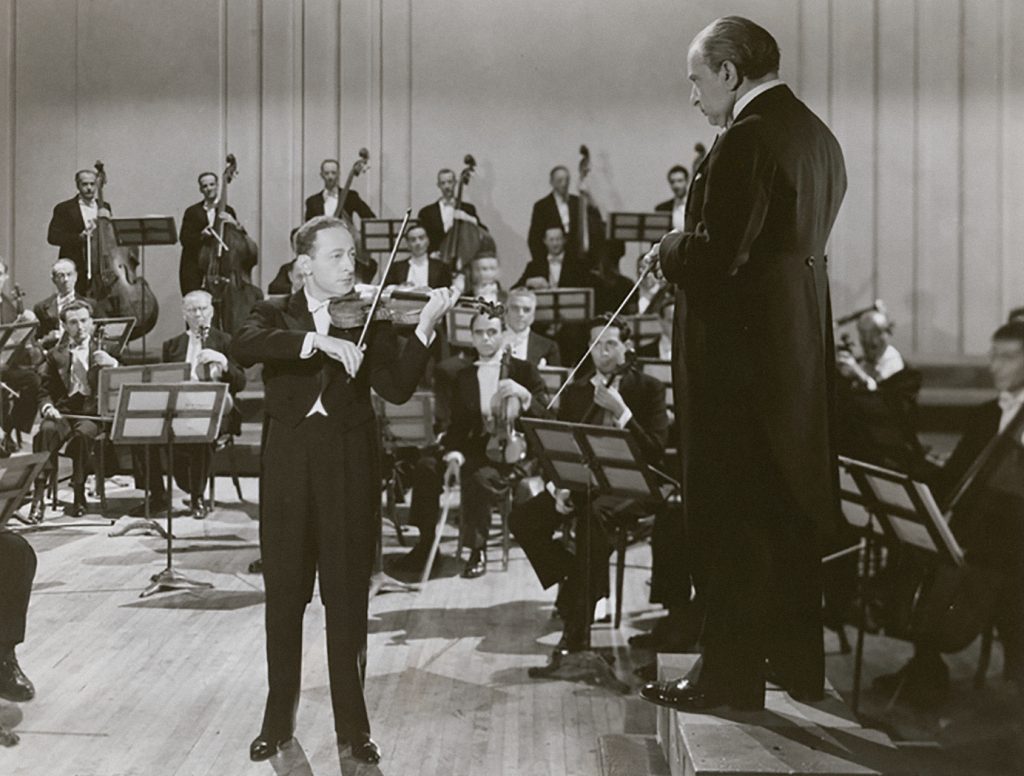 Lawrence A. Johnson, reviewing in Gramophone

“The main interest in Carnegie Hall now stems from footage of artists, which is worked into the narrative, often artlessly so. Bel Canto has provided a master video of sorts, including all alternate musical scenes shot for different versions.

“Ezio Pinza shows fine comic flair in his annoyance at a silly hat and then sings a magnificent ‘A te l’estremo addio’ (Simon Boccanegra) and ‘Fin ch’han dal vino’ from Don Giovanni, the latter somewhat ruined by an immediate segue into the wavery strains of Vaughn Monroe. A flamboyant Leopold Stokowski, unlike his serious non-Hollywood podium style, leads the New York Philharmonic in a rich-textured rendering of the second movement of Tchaikovsky’s Fifth Symphony. Drop-dead gorgeous Lily Pons follows a rather precious and less than ethereal performance of Rachmaninov’s ‘Vocalise’ with an extra scene of Lakmé’s ‘Bell Song’, displaying some stunning coloratura agility. We also get a double helping of Risë Stevens, who offers Dalila’s aria and a vibrant ‘Seguidilla’, cinematic gold indeed from one of the century’s most acclaimed Carmens (and better than her Bizet excerpts in 1944’s Going My Way.) 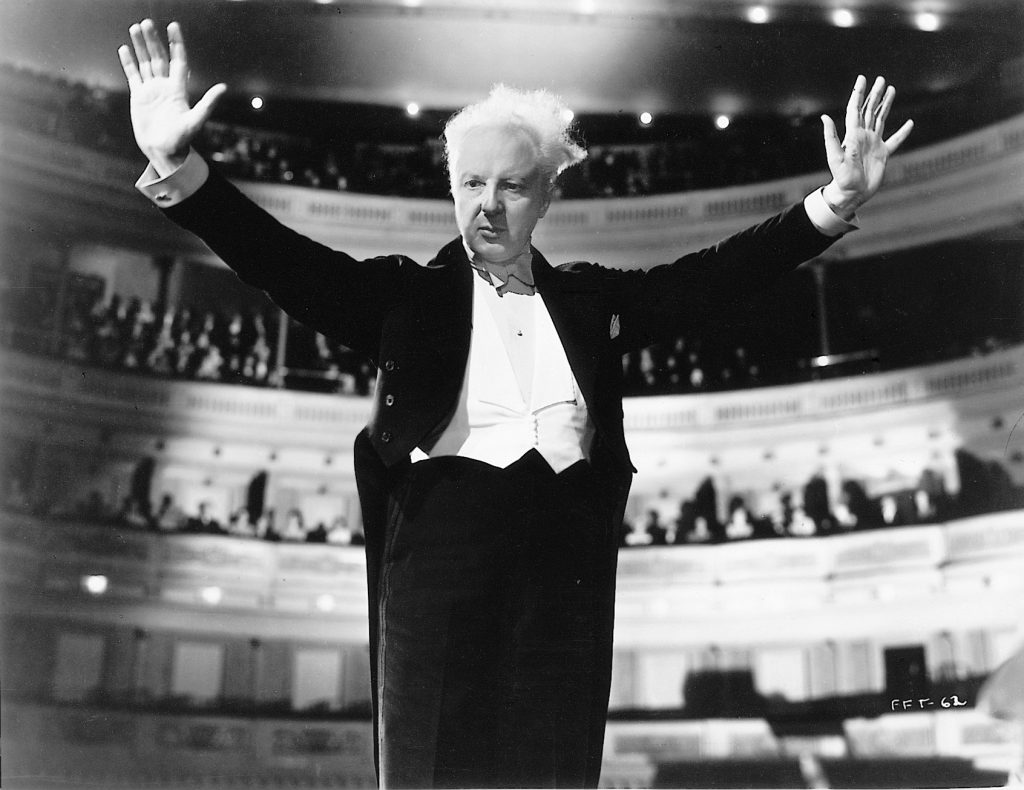 “Artur Rodzinski directs a driven final movement of Beethoven’s Fifth Symphony, marred by the decidedly non-historical use of five horns and triple woodwinds. A ramrod-straight Artur Rubinstein is magisterial in Chopin’s ‘Polonaise in A flat’ building torrential keyboard sonority, followed by a fiery yet elegant ‘Ritual Fire Dance’ of Falla. Bruno Walter conducts a richly dramatic Meistersinger Prelude, and Jan Peerce is personable yet rather stentorian in his ‘O sole mio’. 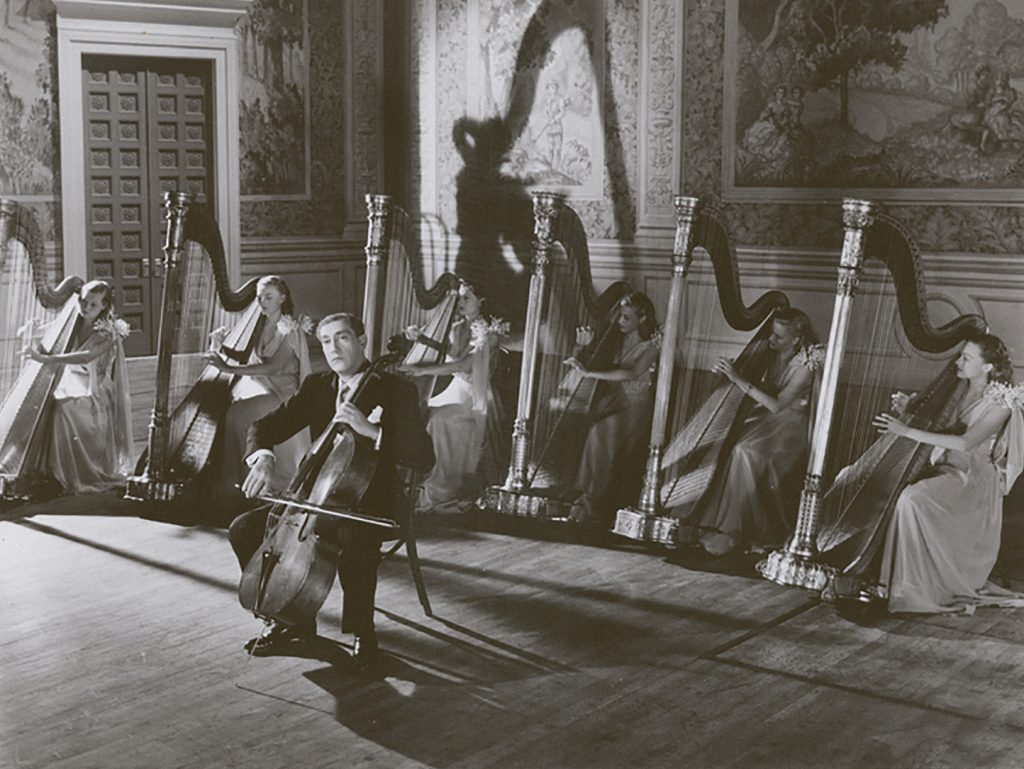 “Gregor Piatigorsky performs a beautifully refined rendering of Saint-Saëns’ ‘The Swan’. Yet the highlight of the entire film is a magnificent scene featuring the first movement of Tchaikovsky’s Violin Concerto with Jascha Heifetz and Fritz Reiner. Even with cuts, this blazing performance offers polished and remarkable close-ups during virtuosic passages. The stylish filming of these two sequences is even more striking given the wooden direction of the film’s main narrative.

“Buy the tape, laugh at the plot, and enjoy some sterling music-making from some of the finest artists of the 20th century.”

“Carnegie Hall contains indelible scenes of some of music’s top personalities of the 1940s at work performing.” 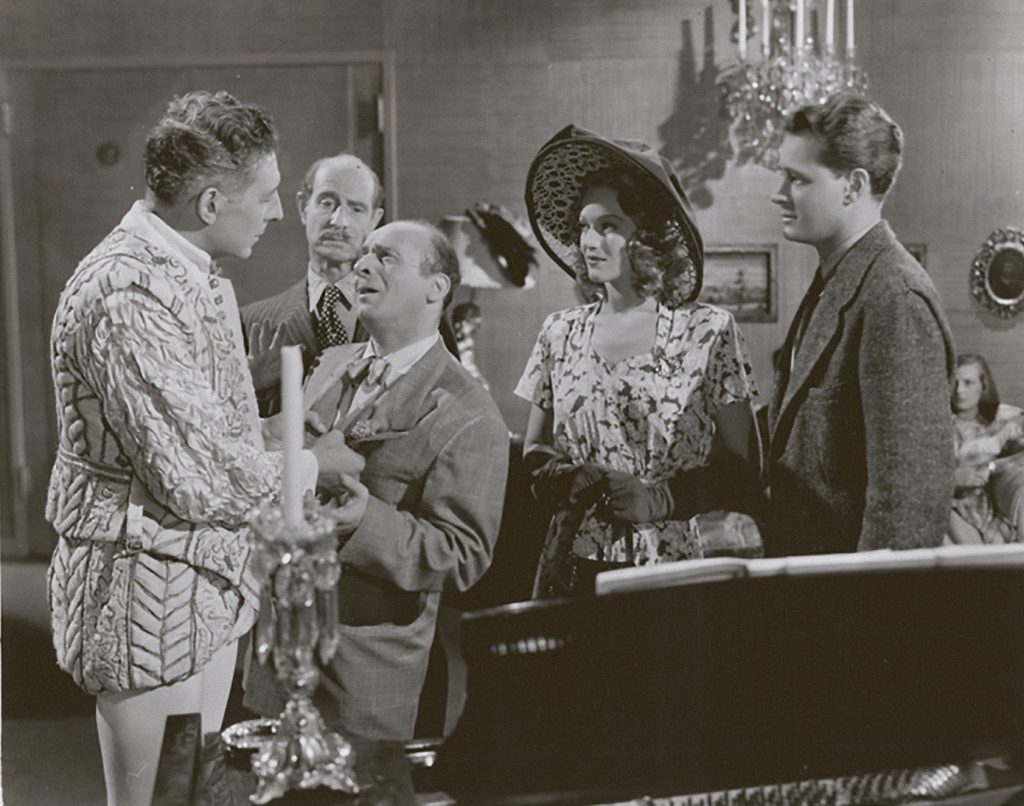 An employee of Carnegie Hall wants her son to be a musician and raises him in the hall. They attend performances by many greats of the day. 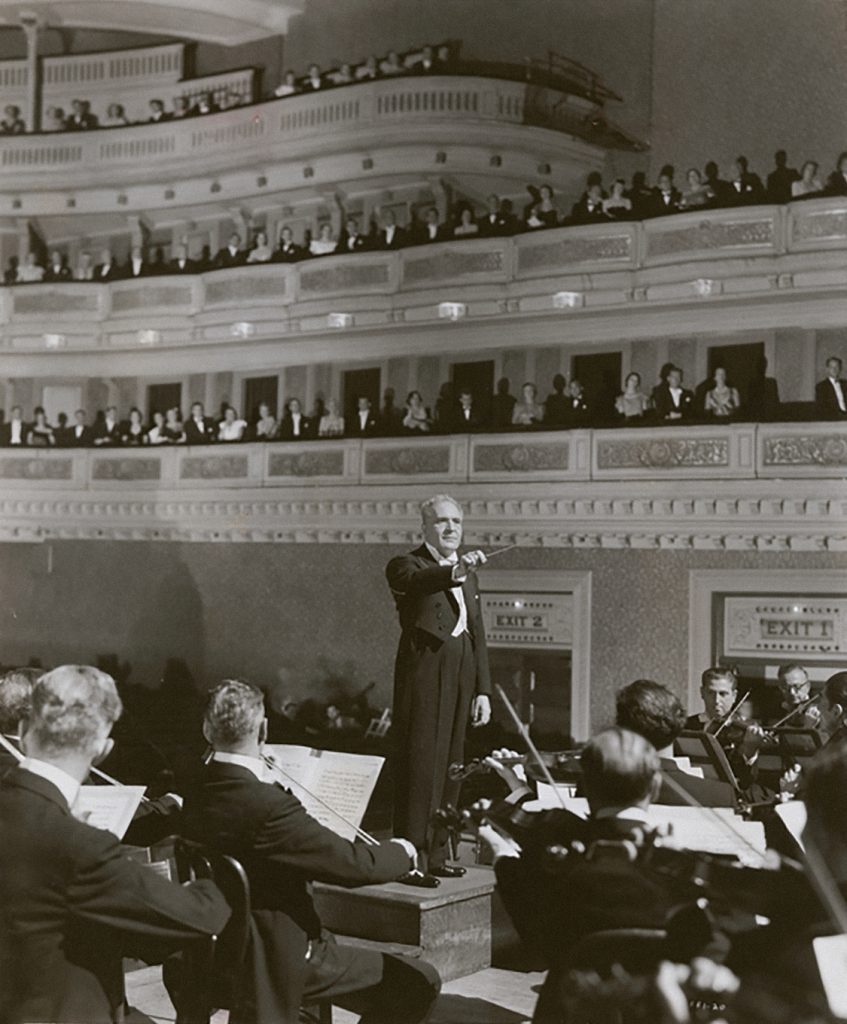 Original 1947 versions of Carnegie Hall differed from one another. Some were released with certain musical selections abridged or omitted; some omitted portions of dialog. We pieced together our print from four sources to include all the material. 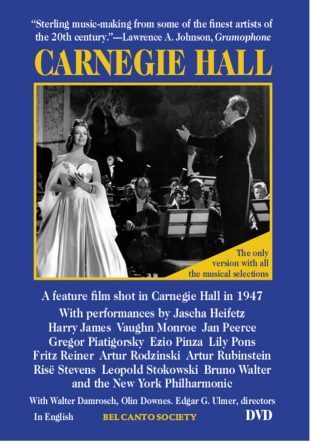