Sutherland’s Significance
Sutherland, along with Bonynge, popularized
an approach to interpretation—- ornamentation
by Stefan Zucker

As a dark, large-voiced soprano with the agility and velocity of the leggeros, Sutherland married the Pasta and the Sontag/Persiani traditions. As an interpreter Sutherland was of the leggero school, with its emphasis on musical virtues over vocal acting. (Coloraturas such as June Anderson and Mariella Devia vocalize within the leggero tradition.) Sutherland’s main influence was on performance practices. Whereas Callas made the world understand that a number of neglected bel canto operas could be exciting for today’s audiences, Sutherland and, even more, Richard Bonynge, propagandized for the presentation of the operas in the manner in which they first were given.

Rossini, the fountainhead bel canto composer, felt that the same vocal line seldom is equally well-suited to any two singers and that vocal lines should be modified so that the underlying melodies are best served by the throats to utter them. In composing, in general he did not attempt to vary repeated passages or write in climactic high notes and cadenzas, taking it for granted that singers would do so on their own. Singers in his day and before adapted vocal lines as a matter of course to suit their artistry and vocal idiosyncracies. (Today they try to regiment their throats to suit the music.) Yet performers in the 20th century had come to render the music of every composer as they saw it on the printed page, with few if any changes. Performed this way, the music of the bel canto period seemed tame. In essence, the music of every composer was interpreted in accordance with the performance practices not of the composer’s time but of the interpreter’s.

By the 1940s some baroque specialists were taking gingerly exploratory steps toward performance practices authentic to the time of the composers. But the opera world remained in the thrall of the “perform-it-as-you-see-it” doctrine. In the early 60s Sutherland and Bonynge used their newly won celebrity as a pulpit from which to proselytize for the application of bel-canto period performance practices to bel canto music. The tacit message was that fidelity to authentic style typically overrides fidelity to the printed score.

In the wake of Sutherland and Bonynge a number of singers emerged who took up the cause—- Marilyn Horne, Montserrat Caballé, Beverly Sills and others. Sutherland and Sills each clashed with Italian-opera-house officials who felt their performance traditions, actually not pre-dating the 20th century, should reign supreme.

Though there are still any number of holdouts—- most notably conductor Riccardo Muti—- the tide has turned. Many opera houses at least pay lip service to authenticity of performance practice. As a result performances of bel canto operas are more exciting—- not least because of the vocal fireworks.

The odd thing is that Sutherland and Bonynge themselves often departed little from the performance practices of 60 years ago. In their Norma nearly all of the repeats were given unvaried, both live and on disc. And in their I puritani performances many of the old cuts were retained, though they often damaged the music’s structure. Nevertheless Sutherland and Bonynge made the point about ornamentation. 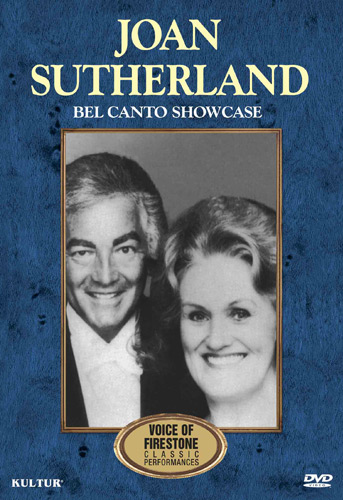