Thanks for signing up!
Please enter your opinions about them below. We’ll publish the results in a forthcoming newsletter. 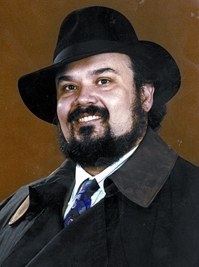 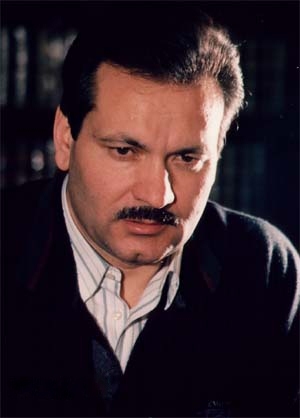 The clips don’t quite do Casanova full justice. I saw him at the Met, when he was chosen to replace Pavarotti when Luciano couldn’t do his expected final Cavaradossis, but for whatever reason Volpe (I think it was still Volpe) decided that they needed a bigger ‘draw’ to replace LP at the next performance, dismissed Casanova, and brought in Licitra, who had an impressive natural voice but was nowhere near the overall singer and artist that Casanova was. I also saw FC in a more private setting, when he took part in a concert arranged by American Landmark Festivals, and yet again in his outing as Manrico at Caramoor (with Eva Podles). Each time I heard him he impressed me, but his voice seemed to be a bit brighter and bigger than it sounds on these excerpts. I think his physical appearance also held him back somewhat in what should have been a better career. It didn’t hinder the even larger Johan Botha, but Botha could sing Wagner and was therefore much more needed. Only recently I heard an Opera Orchestra of New York LA JUIVE from, I think, 1999, and Casanova was on fire through most of the performance, more so in his malevolence towards Cardinal Brogni than anyone else I have ever heard do the role (including the scenes done with Martinelli and Louis D’Angelo). When you can steal even a bit of Martinelli’s classic Italian fire, you are doing a lot! Fisichella is something else. I remember a quite important opera professional (but can’t recall who it was now) saying sometime in the early 1990s, that the greatest tenor voice in the world seemed to be generally unknown outside Italy, and he was of course speaking of Fisichella. These excerpts show his strengths (mostly his never-ending security in unleashing Cs at us) and his one weakness, the latter being that he just wasn’t a very interesting singer, but oh, those top notes. Also, it’s hard to tell how big the voice was from recorded excerpts; it doesn’t sound all that large, but with top notes like that, who cared? (Gedda’s voice wasn’t very big, either.) Anyway, I picked up anything I saw by him (which always seemed to be late LPs or CDs issued primarily for Italian consumption), and was never disappointed. He would surely be the world’s leading Italian tenor today; he may have been that back in Luciano’s waning years as well. But we live in an age of Italian male singers who, with the exception of Furlanetto (70 this year, I think) are hardly top of the line, and if Fisichella had been able to make his career in this current professional environment, we might not be hearing so much about his non-Italian competition, most especially Camarena. But we’ll never know. Anyway, Casanova and Fisichella were both very fine tenors.
—Joe Pearce

Superb tenors who never got as much acclaim as they deserve!!
—Mel Eisenberg
2/20/2019 2:20 AM
It is always difficult to tell from YOUTUBE and computer sound what is what but Mr. Fisichella is clearly a great talent and at times sounds a little like diStefano but his high Cs are just great and he has a great sense of what he is singing – I would go hear him any time . Mr. Casanova tries hard and does sound a little like Pavarotti sometimes and he does have a nice mezzo voce and a decent legato but I wonder how he would do in a larger hall than where he sang here. Probably I would not make a detour to hear him.
—Harald Hahn
2/21/2019 7:37 PM
Both great singers. Casanova, as a New Yorker, should be singing here!
—Kate hurney

Fisichella has long been a favorite. I cannot watch his ” a te o Cara” without a tear. I love him in the bel canto. Casanova has a spectacular voice but a distracting appearance.
—Patrick C Byrne

Excellent underrated singers. Casanova was one of he most moving Eléazar I heard (as moving as Shicoff but with secure high notes). He was a very good Mario when he had the opportunity to substitute for Pavarotti at the Met (much better than Licitra later). Unfortunately he’s not a Corelli look-alike but he was able to provide the same sort of messa di voce. He was a splendid Arrigo too. Fisichella had one of the most secure high register I ever heard. But in one of the performances of Puritani I saw, he was sometimes a bit out off tune strangely.

Casanova: didn’t like him at all. He is hanging on for dear life to a very strong monochramtic sound, which excludes any kind of expression, emotion, and most diction. It is terribly stiff.
Worst in O paradis: he can hardly get from note to note. Rachel is the best.

Fisichella: I liked him enough. He is a good singer. He has, what Casanova doesn’t have: some elasticity, expression, and clear diction (98% correct! 😉 )
Salut is very good. Che gelida is too stiff. He has trouble. O muto asil is so-so.

Please write your review in the comment box below.