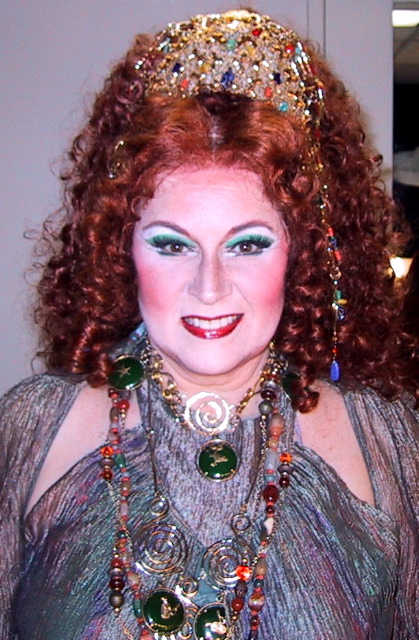 In Europe, Ms. Roark Strummer has appeared at the Vienna State Opera as Leonora in IL TROVATORE, and at Milan’s Teatro alla Scala as Abigaille in Nabucco (debut) and as Lucrezia in I DUE FOSCARI. At the Arena di Verona she was awarded the Zenatello D’Argento award as debutante of the year when she first appeared as Abigaille in NABUCCO and, as TOSCA, she was compared by critics to the great Caniglia:

“Roark-Strummer has brought back the character [of Tosca] in the highest dramatic tradition (that which in her time, as a point of reference, Caniglia did), displaying the gifts of a profound actress by surrendering herself almost spasmodically to the most hidden details. Almost a revelation, and a personal – therefore more than legitimate – success.” Bruno Moreschi for Verona’s L’Arena.

At the Teatro alla Fenice in Venice, Ms. Roark-Strummer has appeared as Odabella in a new production of ATTILA (her debut, to be followed by two subsequent re-engagements in the same role) and as Lina in STIFFELIO. She debuted at the Teatro Massimo Bellini in Catania as Lady Macbeth in MACBETH, and returned shortly thereafter as Abigaille in NABUCCO; at the Arena de Nîmes and the Théâtre de l’Opéra de Nice as Odabella in ATTILA; in Athens (at the Herodiade Amphitheater), Bilbao, Naples, Ravenna, Trieste, and Marseille as Abigaille in NABUCCO; in Verona and Brescia in the title role of GIOVANNA D’ARCO; in Las Palmas as Lucrezia in I DUE FOSCARI; and in London as soprano soloist in the Verdi REQUIEM with the London Philharmonic conducted by Carlo Maria Giulini.

In New York, Ms. Roark-Strummer has performed at Carnegie Hall with the Philadelphia Orchestra under Riccardo Muti as Abigaille in NABUCCO (PBS broadcast), and with Opera Orchestra of New York under Eve Queler as Krasava in Smetana’s LIBUSE (PBS broadcast). With New York City Opera, she has appeared as Odabella in ATTILA (NYCO debut / with Samuel Ramey, conducted by Christopher Keene); again as Odabella in ATTILA and a return engagement (with John Cheek); in the title role of TOSCA; as Minnie in LA FANCIULLA DEL WEST; as Fata Morgana in the Corsaro/Sendack production of Prokofiev’s THE LOVE FOR THREE ORANGES; as Katisha in the highly acclaimed Jonathan Miller production of THE MIKADO; and as the Witch in HANSEL AND GRETEL.

Concert engagements in North America and abroad have included the Verdi REQUIEM with the National Symphony Orchestra in Washington D.C. and at Wolf Trap, and also with the Festival de Lanaudier under Semyon Veckstein (CBC broadcast); the MOZART REQUIEM with the Österreichisches Rundfunkorchester (ORF); the BRAHMS REQUIEM with the ORF (with bass soloist Karl Ridderbusch); Beethoven’s NINTH SYMPHONY with the Bruckner Orchestra and with the Teatro alla Fenice Orchestra under Eliyau Inbal; Abigaille in NABUCCO with the Philadelphia Orchestra under Riccardo Muti at Philadelphia’s Academy of Music (PBS broadcast); Haydn’s KRÖNUNGS MESSE and LORD NELSON MASS, Mozart’s EXULTATE JUBILATE, and CARMINA BURANA with the Bruckner Orchestra; Sieglinde in DIE WALKÜRE with the West Virginia Symphony and with Montreal’s L’Orchestre Métropolitain du Grand Montréal; a role-debut as Brünnhilde in SIEGFRIED with the Nashville Symphony; Lady Macbeth in MACBETH with Boston’s Chorus pro Musica; and OPERA GALA appearances with L’Opéra de Montréal and with Edmonton Opera (in honor of Irving Guttman).

Ms. Roak-Strummer as Lucrezia in the Teatro alla Scala production of I DUE FOSCARI is available on commercial video as part of the RAI La Scala series of live performances. She has appeared on film as Anne Trulove in THE RAKE’S PROGRESS for Austia’s ORF, and as Odabella in the Teatro alla Fenice production of ATTILA for RAI Italy. In the United States, she has filmed the title role in ARIADNE AUF NAXOS for PBS, and Abigaille in NABUCCO for Canada’s CBC TV. At the Teatro de Bellas Artes in Mexico City, her performance of Abigaille in NABUCCO was filmed for Mexican television.

Linda Roark-Strummer began her professional career with Western Opera Theater, and appeared with San Francisco Opera and Opera Theatre of Saint Louis before joining the roster of Germany’s Städtische Bühnen Heidelberg, and Austria’s Landestheater Linz. A native of Tulsa, Oklahoma, Ms. Roark-Strummer is a graduate of Tulsa University, and attended the graduate-studies program at Southern Methodist University in Dallas, Texas. She is the recipient of grants from both the Martha Baird Rockefeller Foundation and the National Opera Institute. She lives with her husband, bass-baritone Peter Strummer, in Tulsa, Oklahoma.

Currently Associate Professor of Voice, teacher of Diction, and Director of Opera Workshop at the University of Tulsa.