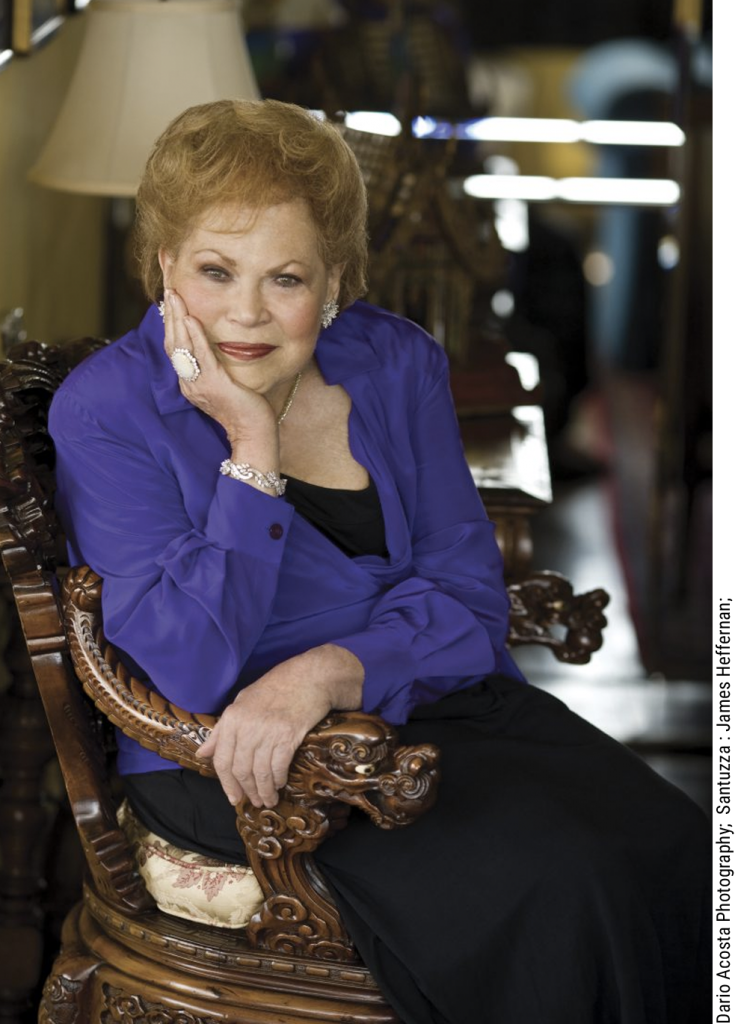 ELINOR ROSS marks the fiftieth anniversary of her last-minute, no stage rehearsal, stepping in for Birgit Nilsson as Turandot, Metropolitan Opera debut this June 6, 2020. That was also the night she met Franco Corelli, her Calaf!She had been offered two earlier contracts, but on the advice of her then-manager Sol Hurok, she turned them down. With the clarity of hindsight, Elinor thinks she debuted at the Met about ten years too late. Not that she hadn’t been busy…

Elinor Marilyn Rosenthal was born in Tampa, Florida on August 1, 1926 (not 1930 or 1932 as has been reported elsewhere. Sometime during the ninth or tenth decade, every diva ‘fesses up, as it becomes more amazing to be older and breathing, than it was to be younger and singing!) 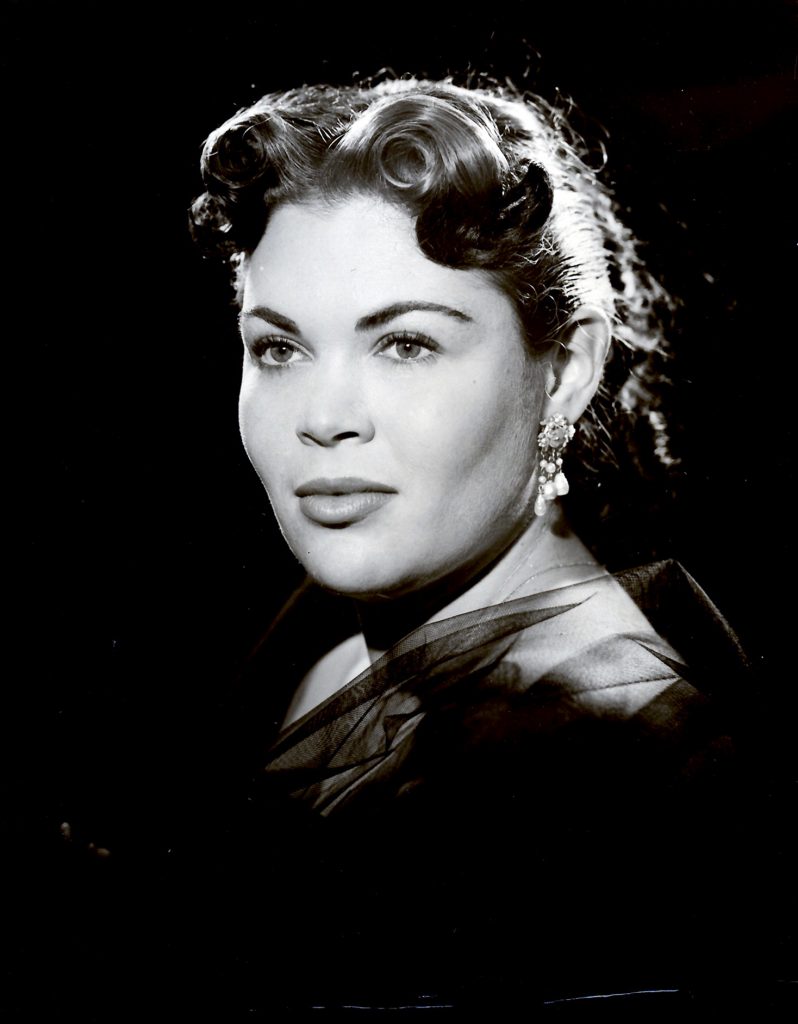 After winning the Florida Music Festival vocal competition for five consecutive years, Elinor decided Syracuse University’s med school was not for her, and she studied in New York City with friend and mentor Roberta Peters’ teacher, William Herman. Herman’s instruction included not only daily voice lessons, but languages, acting, and even Pilates work with creator, Joseph Pilates.

The young dramatic soprano made her operatic debut in 1958 at the Cincinnati Zoo Summer Opera as Leonora in Il Trovatore. That fall, she replaced the ailing Eileen Farrell at the Chicago Lyric singing three performances as Leonora, joining Giulietta Simionato, Jussi Bjoerling, and Ettore Bastianini!She joined Bjoerling again as Leonora in Tulsa, quickly added Amelia in Ballo, followed by Aida in Tampa.In the summer of 1959, Elinor sang the American premiere of Heitor Villa-Lobos’ “Songs of the Tropical Forest” under the composer’s baton.

A proud product of American training, Elinor also appeared with the companies of San Francisco, Philadelphia, Pittsburgh, Houston, Baltimore, San Antonio, Milwaukee, Fort Worth, New Orleans, Duluth, St. Louis, and Hartford. Those early critics raved, [Charles Crowder, Washington Post] “One imagines Verdi would have been excited about her! Her voice is lustrous and has the color of antique gold” and in response to a Georg Solti-conducted Missa Solemnis, “Miss Ross has the dramatic metal of a Raisa, Ponselle, Traubel, Flagstad, or Nilsson!” [John Rosenfield, Dallas Morning News]

In 1963, Elinor made her European debut in London, singing under Carlo Maria Giulini in the Verdi Requiem, with Rita Gorr, Nicolai Gedda, and Nicolai Ghiaurov. She debuted as Forza’s Leonora at La Fenice in 1965, and in 1966 made her Arena de Verona debut as Tosca (and her first Italian bis of “Vissi d’arte”). She followed this with Aida, prompting this review from Il Gazzettino: “La Ross confirmed again the amazing vocal gifts she displayed in the stunningly successful Tosca. The American artist showed herself to be a sensitive interpreter [of Aida]. Her performance was marked by the thunderous applause of the audience”. Elinor says the Veronese audience demanded a bis “every time I opened my mouth. I filled in for Leyla Gencer as Aida, and had to encore both arias!” 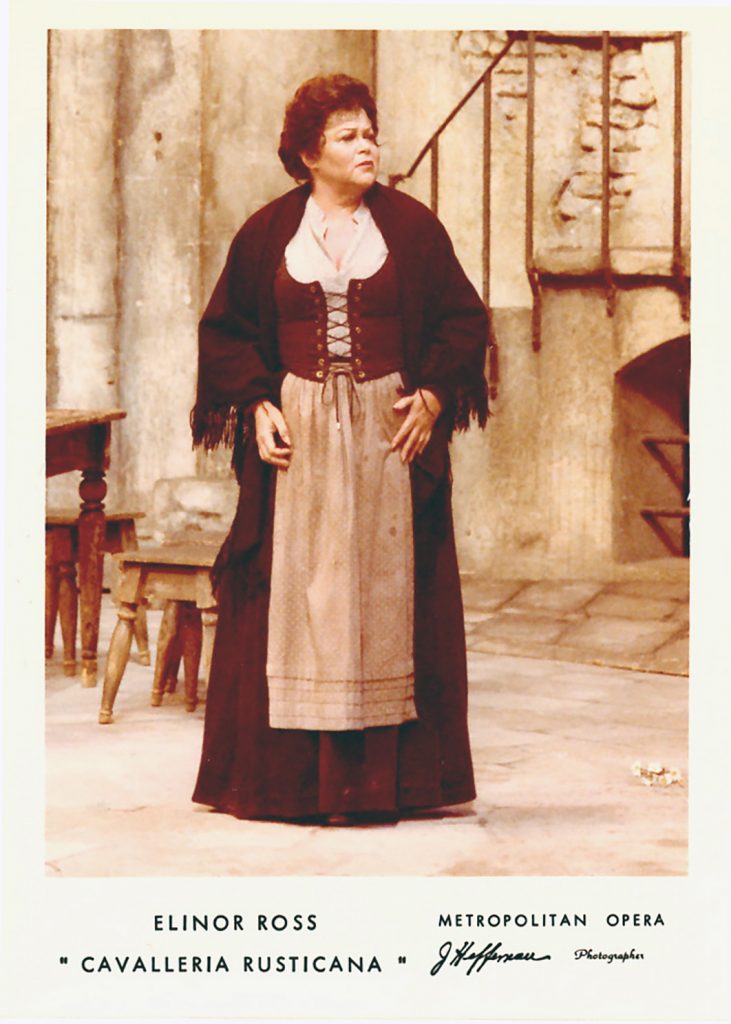 Thomas Schippers took the young dramatic soprano to La Scala to understudy Callas in Medea. Elinor needed both the experience and the money, so she did all the rehearsals, and Callas paid off the orchestra and cast (including Elinor!) and cancelled Elinor’s one guaranteed performance.

Elinor reopened La Fenice, after the floods of 1967,as Norma. [A Berlin television broadcast of this exceptional performance is on YouTube]. 1967 also marked Elinor’s South American debut, singing Turandot in Caracas: “She has a stupendous dramatic soprano voice—clear and powerful—and admirably suited to the highly demanding part of Turandot.” [Eduardo Feo Casas, El Universal]. For the hundredth anniversary of Rossini’s death, she sang his Mosè with the Teatro Comunale of Bologna, in 1968, and toured it to Pesaro and other Italian cities.

Also in 1968, Elinor appeared at Carnegie Hall, in the American premiere of Verdi’s Alzira. Just two months before her Met debut, Elinor made her debut at La Scala as Santuzza: “her voice was brilliant and thrilling, a Santuzza with the greatest interpretive fire.” [Luigi Rossi, La Notte].Elinor sang her first Lady Macbeth in Santiago, that year: “A voice of great volume, astonishing flexibility, and beautiful timbre.” [Alejandro Gumucio, La Nacion]. 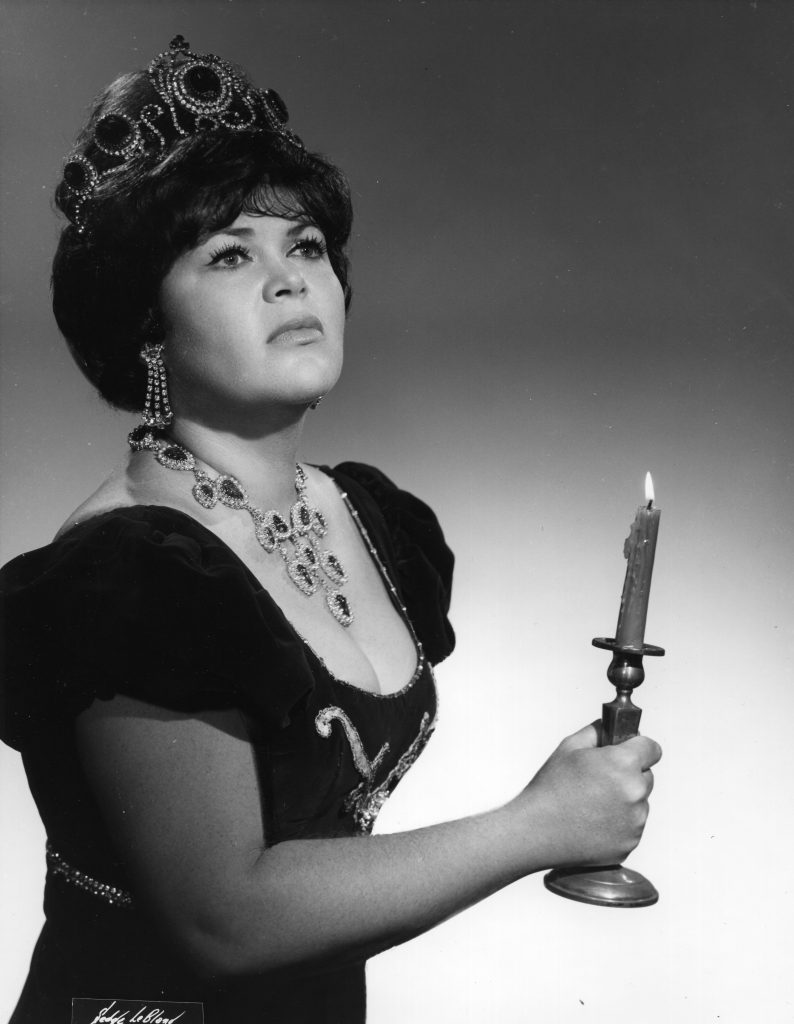 Elinor followed her triumph in Turandot at the Met with a first season that included her memorable portrayals of Aida, Tosca, Amelia, and her incomparable Santuzza. Later seasons featured her portrayals of Elizabeth di Valois, Lady Macbeth, Donna Anna, and La Gioconda, in the house, Central Park, and on tour.

In February of 1976, Elinor’s Tosca created a sensation at the Bolshoi Theater in Moscow. A Soviet tour took her to Novosibirsk, the capital of Siberia. There she received the city’s medal of honor, only the second American to be so honored; the first had been the American astronauts on their good will tour of the Soviet Union.

During a performance of Aida at the Met on November 24,1979, Elinor “felt so strange, and couldn’t understand why. My operatic career ended the next day: when I awoke, I could neither open my mouth, nor close my eye. I had Bell’s Palsy. My voice was there—I had just started working on Isolde—but I couldn’t open one side of my mouth.” After several operations, Elinor was able to resume concertizing, which she mostly did in Asia, where her artist son Ross Lewis was living and studying. [You can see her 1996 performance of “Summertime” at the Giulio Gari Foundation on YouTube.] 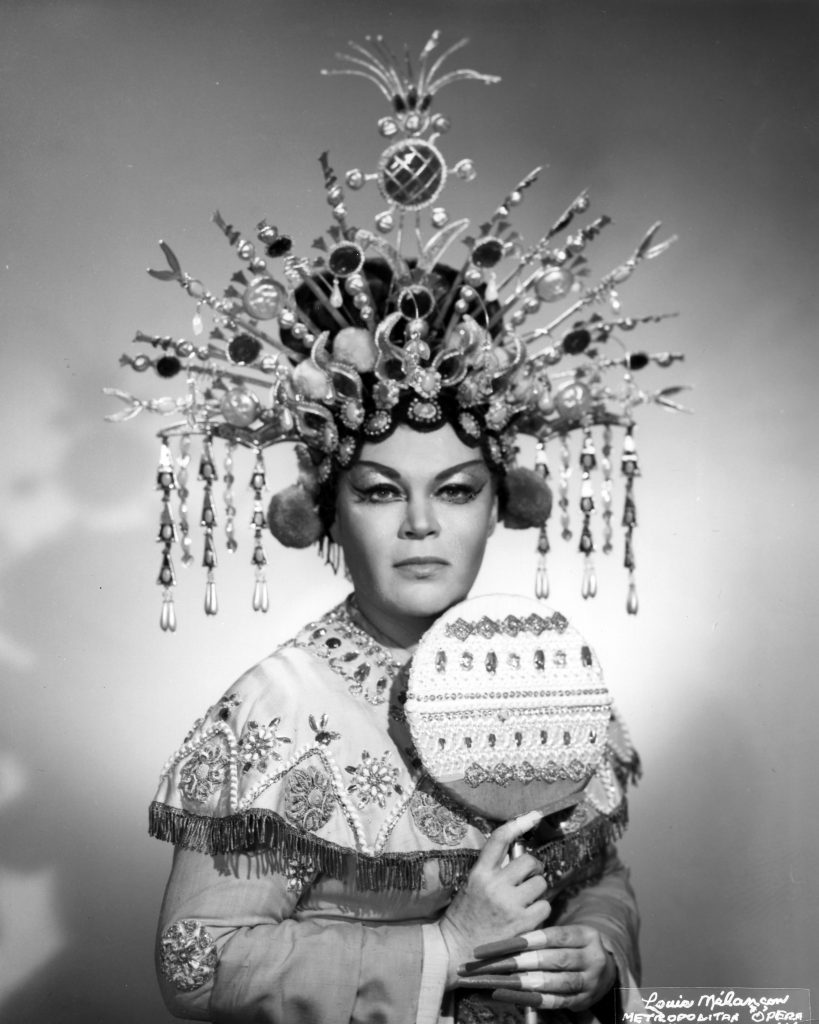 In later years, Elinor was active with the New York League for the Hard of Hearing, on the Board of the Giulio Gari Foundation, Opera Index’s Advisory Committee, and the Honorary Board of the George London Foundation. She also adjudicated vocal competitions, whenever possible.

“Elinor Ross maybe was the most underrated American spinto/dramatic soprano of the past half-century.”—Joe Pearce, President of the Vocal Record Collectors’ Society.