Stefan has lectured on the history of singing at the Mannes College of Music and the Museum of Modern Art (New York). He is the author of Franco Corelli and a Revolution in Singing and more than 650 articles and reviews in American Record Guide, Globe & Mail, International Dictionary of Opera, Opera News, The Opera Quarterly, Professione Musica and many other publications as well as on the Bel Canto Society website. He is the producer of more than 1,000 LPs, videos, CDs and DVDs and is the president of Bel Canto Society.

Stefan appeared five times in An Evening in the Theater With Franco Corelli and Stefan Zucker. 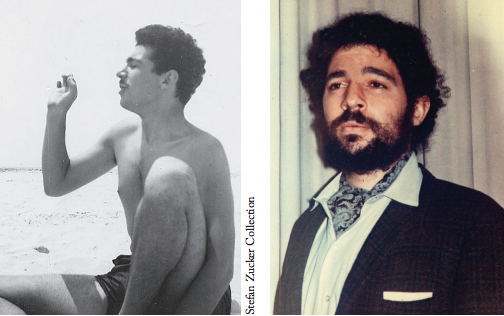 He is listed in the Guinness Book of World Records as “The World’s Highest Tenor.” He performed a number of times each in New York City’s Avery Fisher Hall, Florence Gould Hall, The Danny Kaye Playhouse, Merkin Concert Hall, The Town Hall and at Columbia and Harvard Universities and gave a seven-concert tour of Romania under the auspices of the U.S. Department of State and the Romanian Government. Among singers with whom he has sung in galas are Lucine Amara, Russell Christopher, Jerome Hines, Theodore Lambrinos, Ronald Naldi, Adelaide Negri and Arturo Sergi. He has sung on ABC-TV, NBC-TV and RAI-TV—a highlight was an excerpt from I puritani, with Rosina Wolf, on L’altra Domenica (Italy’s 60 Minutes, four hours long), hosted by Isabella Rossellini. He has appeared extensively on radio stations up and down the East and West coasts—highlights include three installments of “The Listening Room,” hosted by Bob Sherman on WQXR—and on RAI-radio, seven installments of “La barcaccia” (one with Corelli), hosted by Enrico Stinchelli and Michele Suozzo. He was under contract for five years to RCA Records and recorded the album Stefan Zucker: The World’s Highest Tenor. Through a teacher-to-teacher genealogy he traces his vocal technique back to Giovanni Battista Rubini and Giacomo David—hence his tone quality and extended range.

After studies at a number of conservatories in the US and Europe he obtained a Bachelor of Science in philosophy from Columbia University and completed the course work for the Ph.D. in that subject, at New York University. He was president of the NYU Philosophy Association for four years. While a graduate student he taught philosophy at several New York area colleges. His principal philosophical interests are epistemology, logical empiricism and the philosophy of Rudolf Carnap.